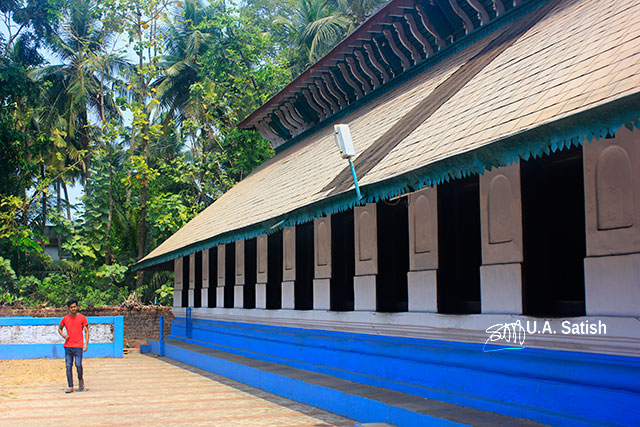 Odathil Palli is an age-old mosque in the heart of Thalassery town. The architecture has a distinctive style which is commonly found in mosques in Kerala. It was reportedly built in 1806. Moosakakka Keyi was the man behind construction of the mosque. The palli or mosque is not easily visible from the road as it is behind a gate which has a padippura on top. Padippura is a traditional arched gateway on a path leading to the main building. …

Thalassery is often referred to as the city of cricket, cakes and circus. Cricket was played in Thalassery much before it was introduced in Calcutta in 1860.  Colonel Arthur Wellesley brought cricket to Thalassery in the early 1800s. Thalassery Municipal Cricket Ground hosts Ranji Trophy matches every year. In 2002, the ground celebrated its 200th birthday by hosting a one-day international match between Sri Lanka and India. … 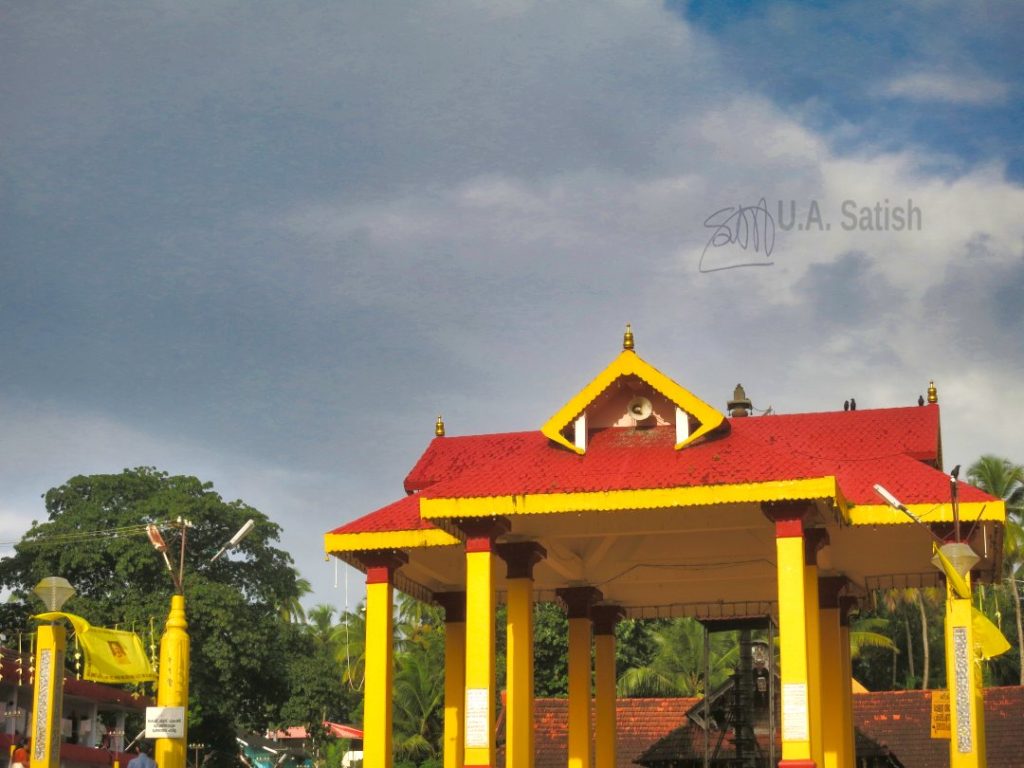 Jagannath Temple in Thalassery is one of the best loved temples in Malabar. Sree Narayana Guru consecrated the temple in 1908. He was in the forefront of the fight against …

Overbury’s Folly is a multi-level landscaped recreational park by the Arabian Sea in Thalassery, Kerala. The name is derived from that of E.N. Overbury who was an English judge in Thalassery (Tellicherry) courts. He started construction …

Share This Article
A temple in Thalassery, Kerala is  Ambalavattam Temple. It is  owned by Ambalavattam family and is managed by a charitable trust.

I shot this image at the temple during a festival. The Chenda is mainly played in Hindu temple festivals and as an accompaniment in the religious art forms of Kerala. The Chenda is a cylindrical percussion instrument used widely in  Kerala.

Click on the link to see an interesting image from Flickr by Ranjith Shenoy R: Rhythm of Kerala