Thalassery is often referred to as the city of cricket, cakes and circus. Cricket was played in Thalassery much before it was introduced in Calcutta in 1860.  Colonel Arthur Wellesley brought cricket to Thalassery in the early 1800s. Thalassery Municipal Cricket Ground hosts Ranji Trophy matches every year. In 2002, the ground celebrated its 200th birthday by hosting a one-day international match between Sri Lanka and India.

The first bakery in the state of Kerala was Mambally Bakery in Thalassery. Mambally Bapu baked the first Christmas cake in Kerala in 1883. Bapu had come back to Tellicherry from Burma after learning the making of biscuits, bread and buns. He had started Mambally’s Royal Biscuit Factory in 1880. Murdoch Brown, an English estate owner, requested Mabmbally Bapu to bake a cake for him.   Murdoch briefed him on the ingredients of a plum cake.  Bapu had to substitute local stuff but the cake still became a success. Today there are 14,700 registered bakeries in the state.

Thalassery region has made significant contributions towards the development of circus. Keeleri Kunhikannan, who introduced many reforms in circus, belonged to Thalassery. He was influential in establishing the first circus institute in Kerala.

The coastline of Thalassery is scenic. There are four rivers flowing through the area: Mahe, Anjarakandy, Eranjoli and Koduvally.

Thalassery was the educated people’s town with Brennen College being the only college between Mangalore and Calicut. Brennen College was founded in 1862.  Boys and girls of Kannur travelled by train to Tellicherry. It was also a lawyers’ town because of the presence of District Courts. On the other hand, Kannur was a beedi and textile town with three famous football clubs – Spirited Youths, Lucky Star and Brothers.

The British bulit Thalassery Fort in the early eighteenth century to protect and develop their spice trade with India. It is a small fort and overlooks the Arabian Sea. The world-famous Tellicherry Pepper is in high demand in many countries.

Archaeological Survey of India looks after the fort. There is no entry fee. Visitors cannot go inside after 6:00 pm.

The British built the lighthouse in 1835. It is not in use now. There is a well-maintained garden with picturesque views of the sea. A small colonial church exists  below the fort, close to the beach.

Thiruvangadu Sree Rama Temple is one of the four Sree Rama temples in Kerala. The compassionate deity, Sree Ramaswamy, is known as Thiruvangad Perumal.

The Sreekovil (sanctum sanctorum) and adjoining areas are among the best examples of Kerala temple architecture. The copper clad roofs catch the eyes. The temple structure is brimming with beautiful wood works and mural paintings.

A multi-level landscaped recreational park by the Arabian Sea is Overbury’s Folly. The name is derived from that of E.N. Overbury who was an English judge in Thalassery (Tellicherry) courts. He started construction of the park in the 1870s, but could not complete it. That is the reason why it is nicknamed Overbury’s Folly.

The waters of Arabian Sea break against the sea wall outside the park. The park is on the slope of a small hill. There are steps leading up to a watch tower. The views from the top are spectacular.

R. Mukundan Malla, Municipal Chairman of Thalassery, completed construction of the park in the late nineteenth century. In 1985, a watchtower was built under the supervision of Amitabh Kant, the then Sub Collector. 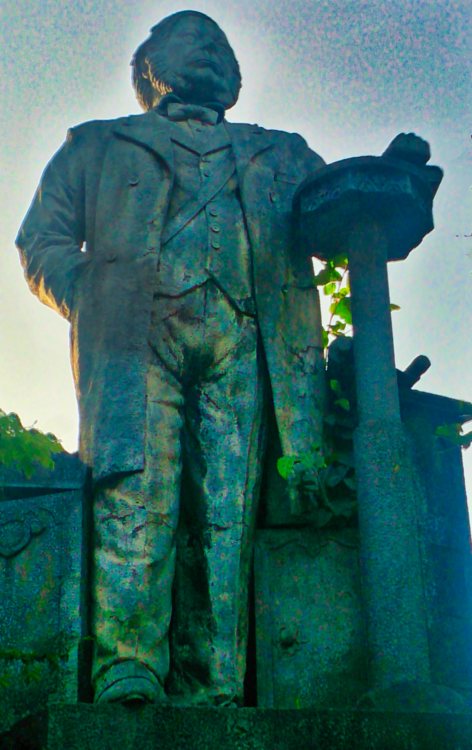 Dr. Hermann Gundert was a German scholar, linguist and missionary. He developed a Malayalam-English dictionary and also helped to translate the Bible into Malayalam. He lived and worked in Thalassery for over two decades. In 2002, he was honoured with a statue in Thallasery. The sculptor was Sri Jeevan Thomas. Sri E.K. Nayanar, the then Chief Minister of Kerala, unveiled the statue.

Malik Ibn Dinar, a Muslim preacher, constructed Saidar Palli in the twelfth century. This is one among the famous mosques of North Malabar. It is on the busy NH 66 Highway in the heart of the town. The airport nearest to Thalassery is Calicut International Airport (94 km). 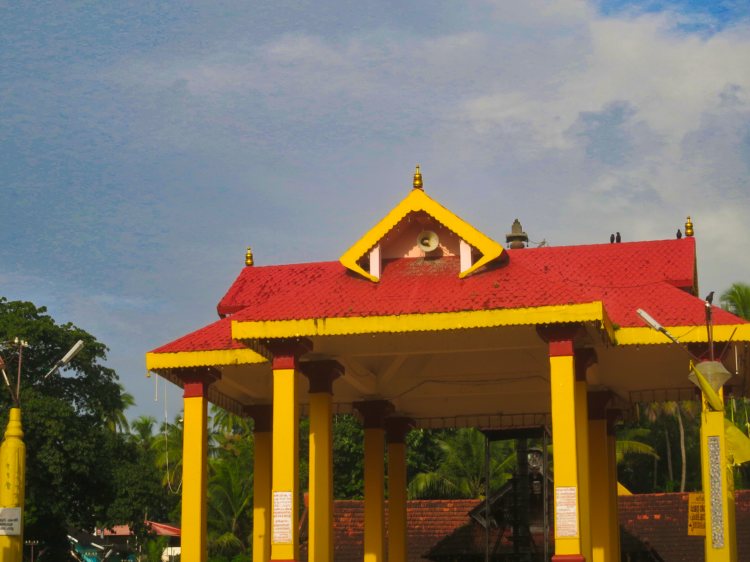 This is one of the most famous temples in Malabar. Sree Narayana Guru consecrated the temple in 1908. He was in the forefront of the fight against untouchability in Kerala. Jagannath Temple opened its doors to Harijans in the 1920s.

The statue of Sree Narayana Guru in the temple premises dates back to 1927. The statue is of Italian origin.

If you walk past the kodimaram and look up on stepping into the temple, you will see beautiful wood carvings on the ceiling.