Sree Poornathrayeesa Temple is one of the eminent temples of Kerala. The principal deity is Lord Vishnu in the form of Santhanagopala Moorthy. 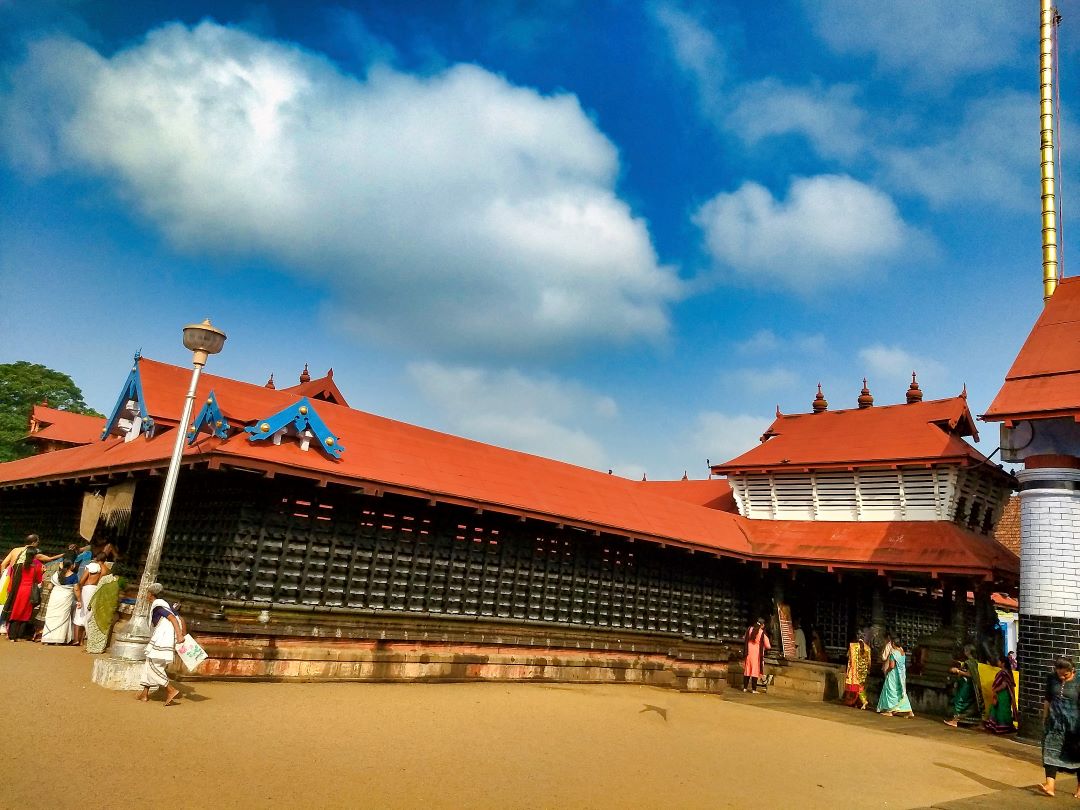 A fire in 1920 severely damaged the sreekovil which had a structure of wood. Sri Eachara Warrier, distinguished temple architect, redesigned the temple using concrete. The concrete has covering of copper plates, wooden panels and granite tiles.

The sreekovil has the shape of a chariot. Entrance to sreekovil (sanctum sanctorum) has a covering of gold. The outer walls of the sreekovil have a cover of large brass sheets inscribed with figures of gods and goddesses. Copper sheets protect the roof. Locals call the temple Vellayambalam, meaning white temple in Malayalam.

The gopuram at the entrance is a two-storey structure. The first floor has a small hall with eight carved wooden pillars. On entering the temple through the eastern gopurmam, you will see the large covered area called anapanthal to the left.

Long time ago, a Brahmin had the misfortune to lose his ten children one after the other at child birth. He sought the help of Arjuna, third of the five Pandava brothers. He in turn approached Lord Vishnu who is the supreme being that creates, protects and transforms the universe. He blessed Arjuna’s prayer for rebirth of the children and also gave him the idol of Sree Poornathrayeesa. Arjuna then took the ten reborn children and the sacred idol in a chariot to the Brahmin. The temple was constructed in memory of this event. . 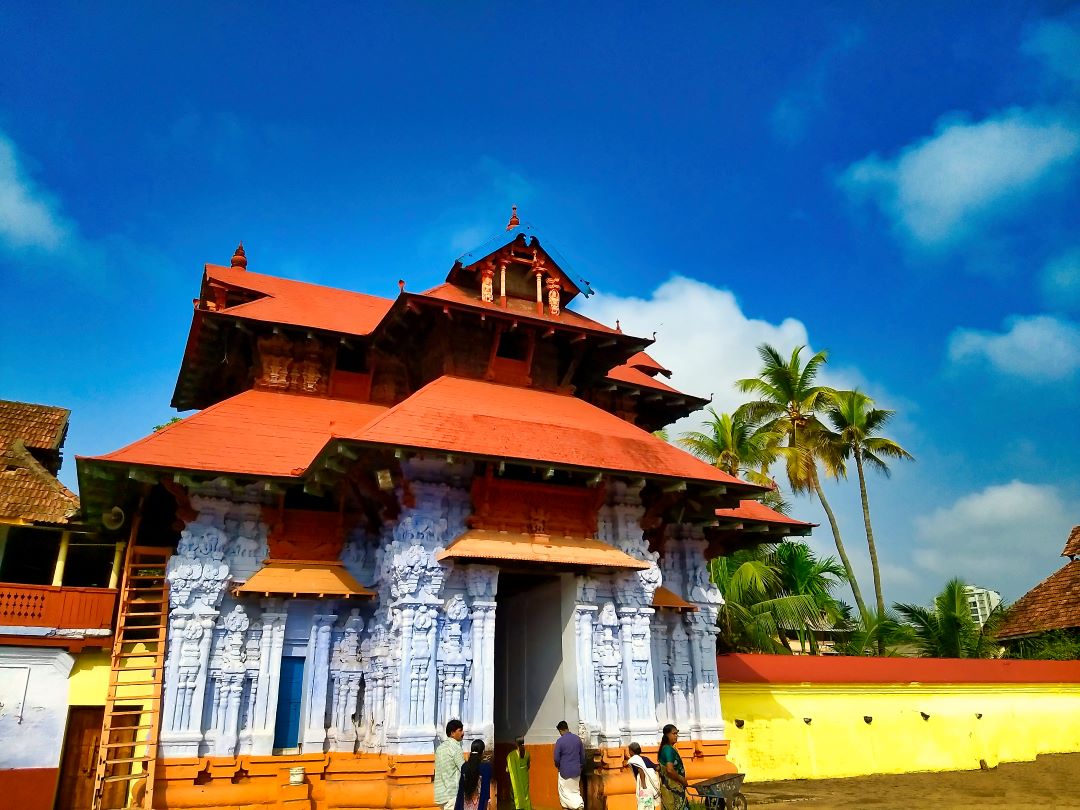 The main deity, Santhanagopala Moorthy, is the protector of the town of Tripunithura. You can see him in a sitting pose under the five hoods of the divine serpent, Ananthan or Aadhishesha. Many families visit Sree Poornathrayeesa Temple to seek the blessings for birth of a child or heir. 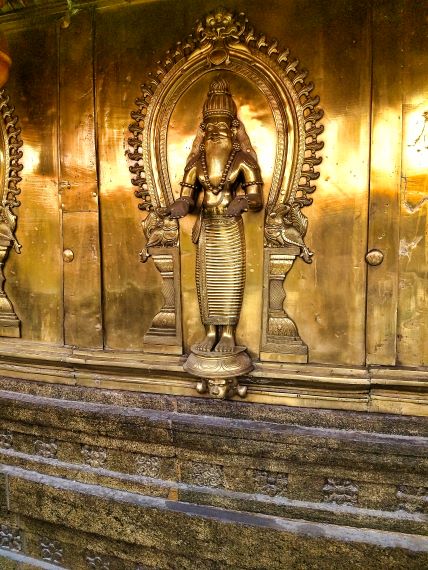 Lord Ganapathy has a shrine to the south of the sreekovil. There are no other installations of deities in the temple.

The temple contains a kedavilakku (eternal flame) which Arjuna first lit during consecration of the idol. Arjuna gathered gingelly seeds and churned out oil to light the lamp. In memory of this event, devotees offer Olpenna (gingelly oil) to the Lord. This is the most important Vazhipadu (offering) in this temple.

Kochi International Airport at Nedumbassery is the nearest airport which is at a distance of 33 km (55 min). Tripunithura railway station is 2.8 km from the temple. Visitors will travel on NH 66 for 205 km (5 hr 10 min) to reach Sree Padmanabhaswamy Temple in Thiruvananthapuram. Guruvayur Sree Krishna Temple is to the north and much  closer at 86 km (2 hr 33 min). Bus services at short interval link Ernakulam and Tripunithura.  The buses may be crowded at peak hours.