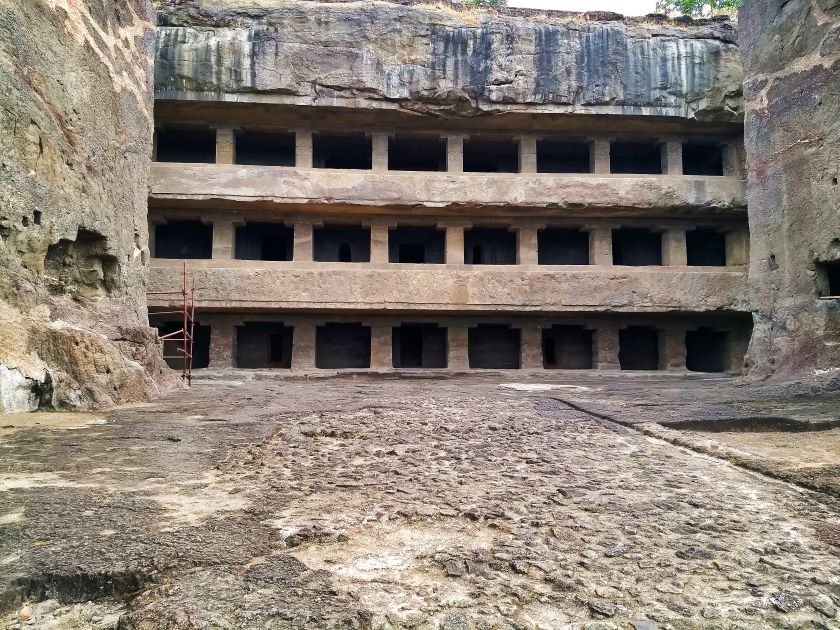 Ellora Cave 12 is a three-storied Buddhist cave and the largest excavation in Ellora. Construction of the cave goes back to seventh century. The cave is full of  different sculptures of deities, both male and female.

Cave 12 is a massive monastery on three floors. The other monastic caves are much smaller. The architectural design of Ellora Cave 12 indicates that the cave might have operated as a Buddhist educational centre. Entrance to the cave is from a large courtyard. 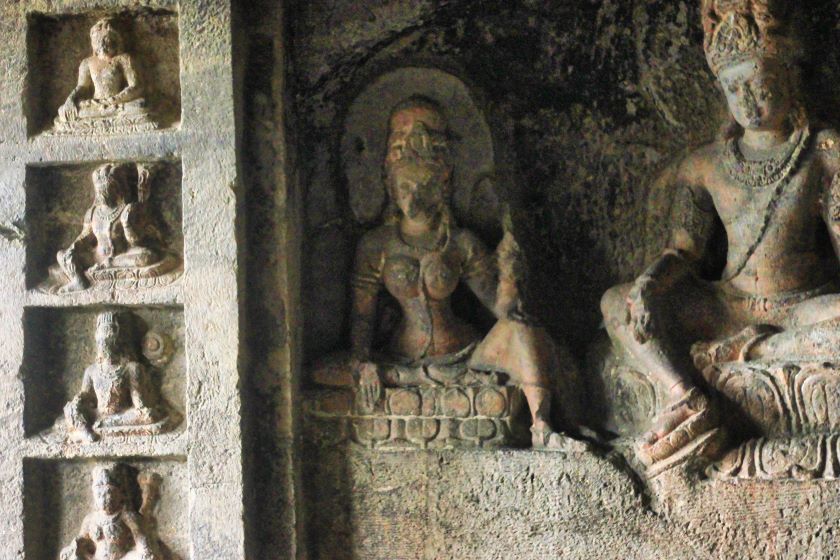 Caves 11 and 12 might have been the last Buddhist caves excavated in Ellora. The ground floor in cave 12 has a long hall with three rows of pillars. A Buddha shrine is cut into the rear wall. Steps lead to the intermediate floor and the lay-out is similar.The large upper floor has a verandah, a hall with four rows of pillars and a shrine.The walls have big sculptures of Buddhas and Bodhisattvas. 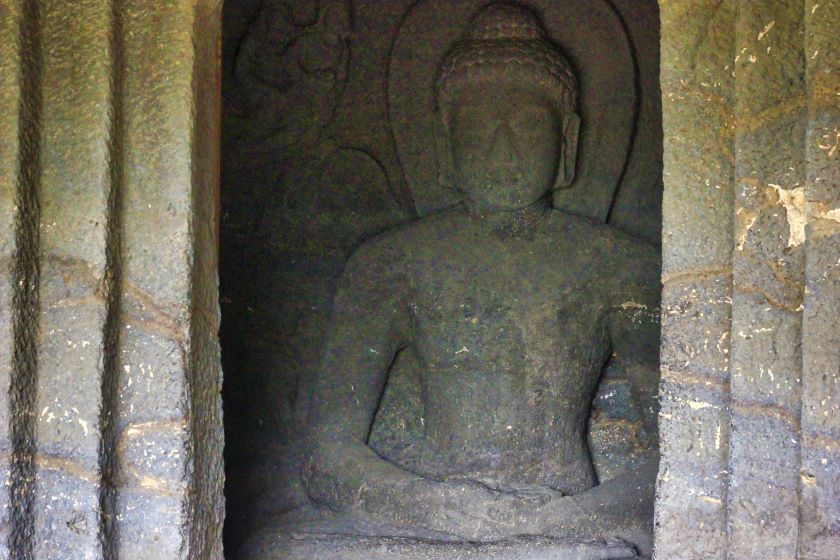 Tara is an important figure in Buddhism. Believers consider her as the Mother of Liberation. She is most often shown with the blue lotus or night lotus (utpala), which releases its fragrance on the appearance of moon. Therefore Tārā is also associated with the moon and night. Bhrikuti, the goddess that frowns, is Tara’s angry form. She is usually represented as Green Tara in Tibetan iconography. Avalokitesvara is the Bodhisattva of infinite compassion and mercy. He is beloved throughout the Buddhist world

Decline of Buddhist Excavations in Ellora

In the early eight century, rock cut activity in Ellora came to a stop. This may have happened because kings or traders had withdrawn their support. Rivalry between different religious sects was possibly the reason.