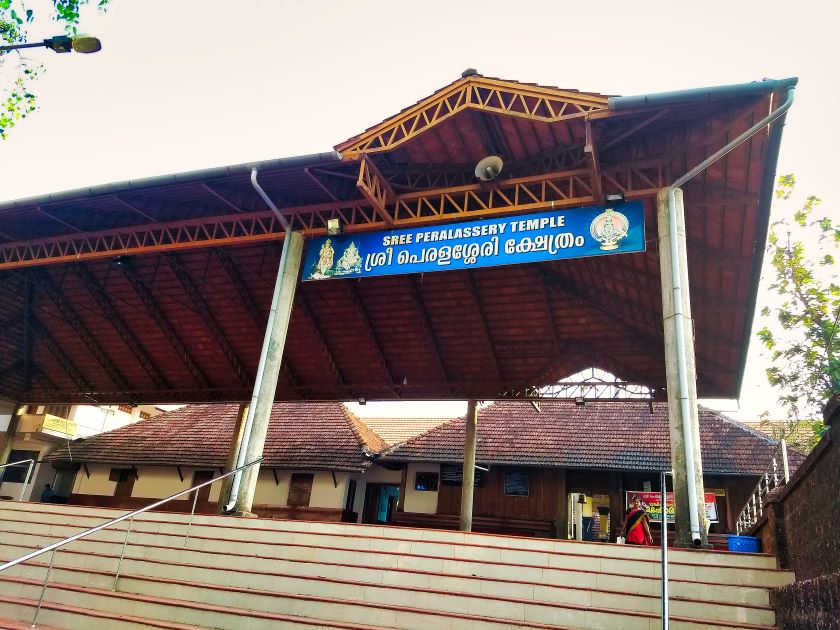 Peralassery Sri Subramanya Temple is 15.9 km from Kannur town. The presiding deity of the temple is the serpent form of Lord Subrahmanya. The massive temple pond is world famous. 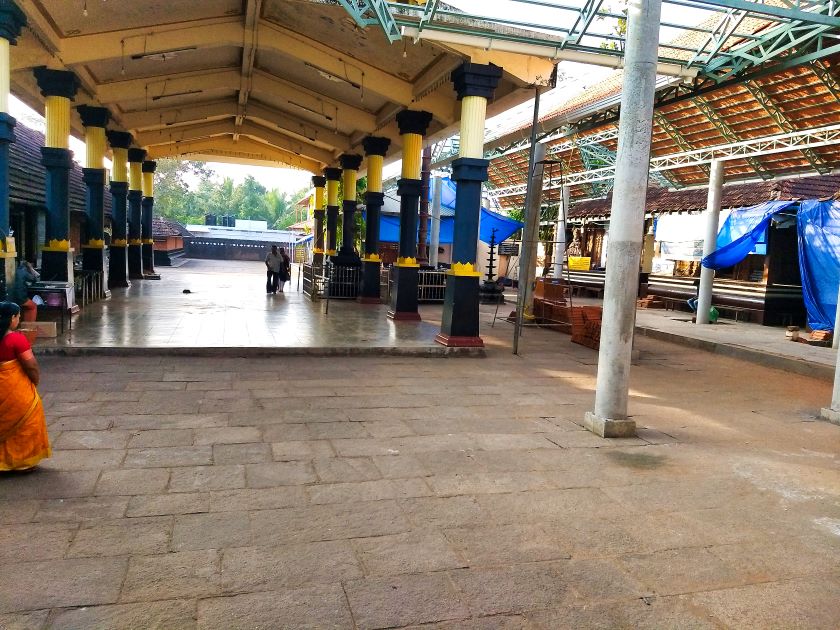 According to folklore, Sri Subramanya had visited the area in the form of a snake. Later Sri Ram, in the company of Lakshman and Hanuman, undertook a journey to South India in search of his wife Sita. They reached Peralassery and Sri Ram sensed the presence of Sri Subramanya. He then decided to install an idol of Subramanya there. 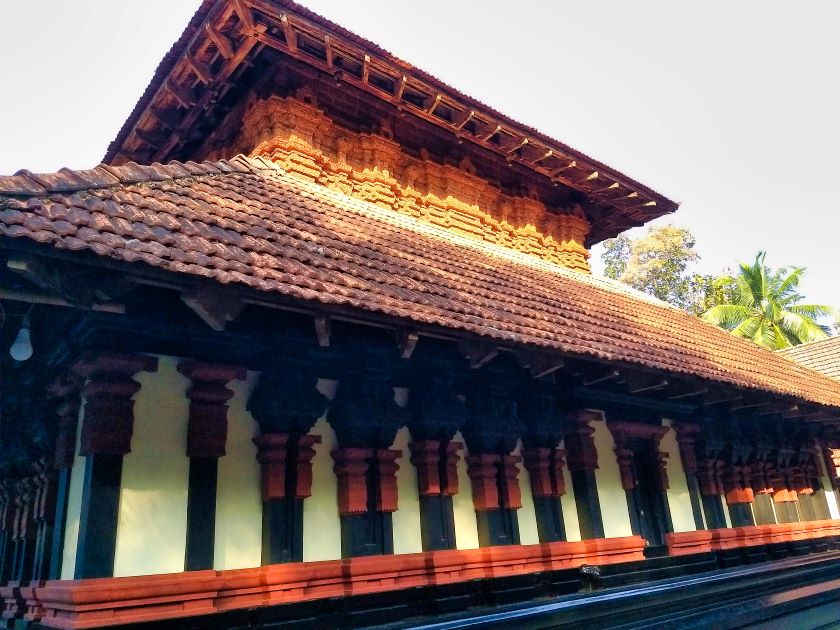 Other deities in the temple include Ayyappa, Ganapathi, Naga and Bhagawathi. Offering of hen’s eggs to snake gods is a key feature at Peralassery Sri Subramanya temple. Devotees also proffer milk, water and yellow rice to the serpent gods. 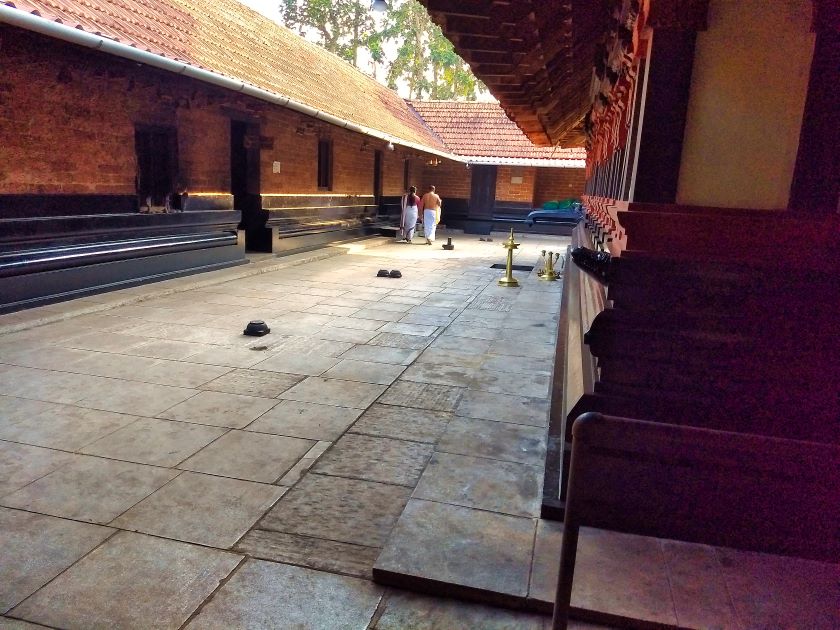 Sri Subramanya is the principal deity. A big banyan tree stands in front of the Ayyappa shrine. The Nagasthanam is in the south-west corner of the temple. The shrine of Lord Ganapathi is to the south of the Sreekovil. 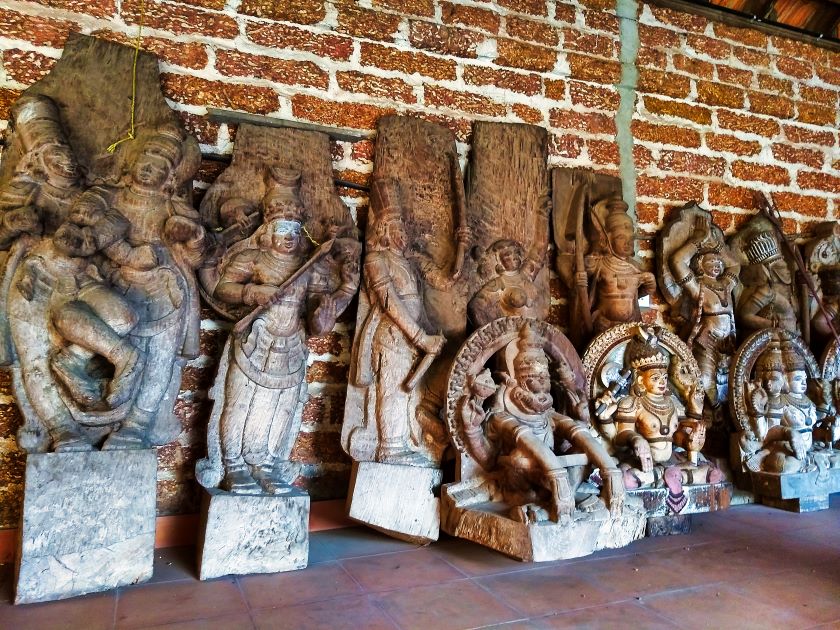 The temple pond is immense. It resembles a baori which is a type of stepwell found in parts of Gujarat, Rajasthan, Delhi and Karnataka. Steps go down to the water in the middle. The architects have used laterite stones in the construction. It is believed that the waters of the temple pond is connected with the waters of Kaveri River. Hence Kaveri Samkramam is also celebrated here. 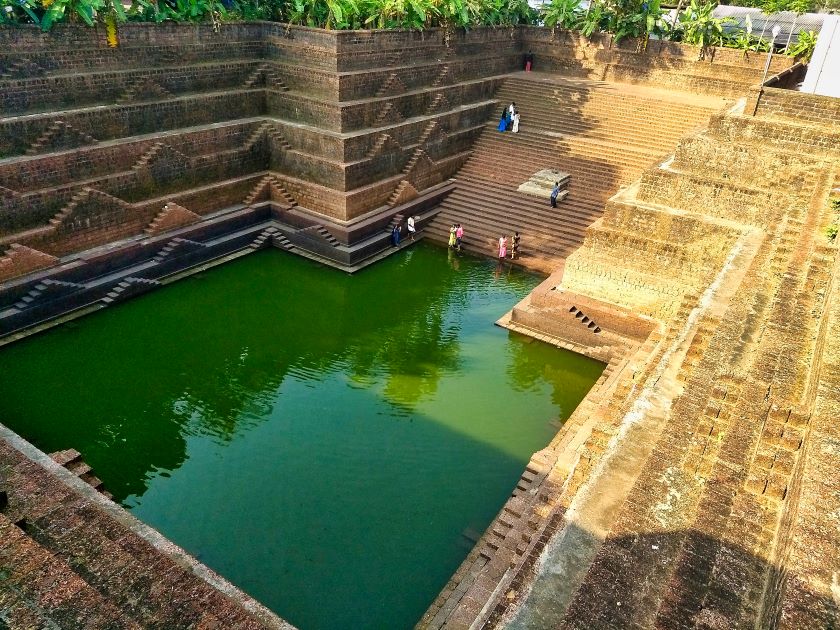 The pond is full of fish. The fish throng to the bottom of the steps because visitors feed them. I saw a lot of small black fish while a few others were golden. A dip in the chira or pond followed by a visit to the temple leaves a calming feeling. 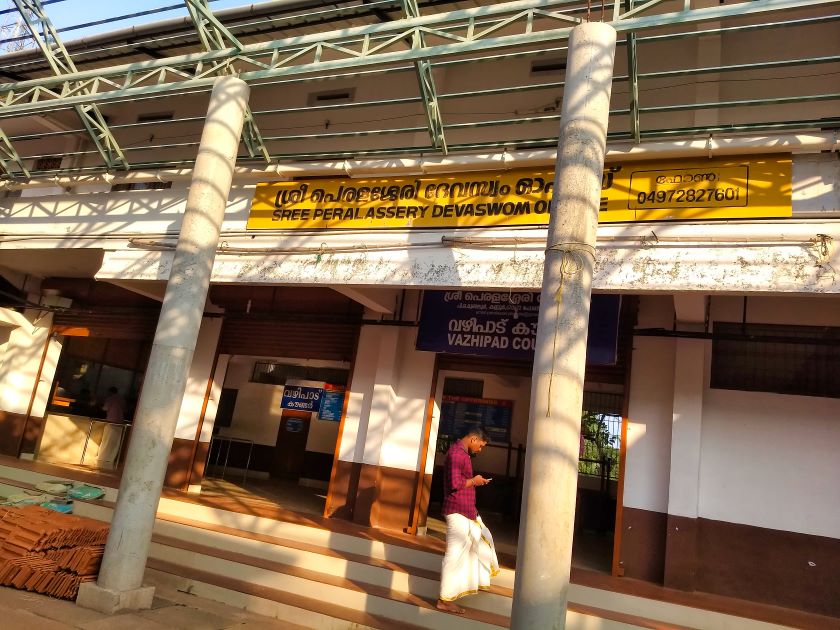 There are many idols of King Cobra in the temple because the main deity is the serpent form of Sri Subramanya. Eggs are offered to the main deity as a part of pooja procedure. The Naga deity attracts devotees in large numbers who come to this temple to get rid of Naga Kopam or Dosham. Every month, on Ayilyam nakshatram, the temple welcomes ardent devotees who come and make offerings to snake gods. The main offerings in the temple are Subrahmanya Pooja and Mutta Oppikkal which is an offering of eggs to snakes.

Believers can submit miniature cradles in the hope of begetting a child or heir. Another fascinating  aspect is that the temple allows people from all religions to offer worship at this shrine. This is in contrast to many temples in Kerala where only Hindus can enter.

An major annual attraction is the eight day Kodiyettam festival that happens in January or December. Thousands of devotees from all parts Kerala and outside visit the temple during the festival. The Kodiyettam (hoisting of flag) takes place on fourth day of the festival. It is followed by the ritual of Kazhcha Sreebali and Thidambu Nritham. Devotees can see the artforms of Chakyarkoothu, Ottamthullal, Thayambaka and Kathakali during the festival.

There are numerous buses from Kannur New Bus Terminal to Peralassery. The travel duration is 31 min on the Kannur-Kuthuparamba road. The nearest airport is Kannur International Airport, 17.9 km (31 min). Thalassery is the closest railway station.