Chelamattam Krishna Temple is known as Dakshina Kashi. Its origins date back to 1,200 years. The temple is on the banks of River Periyar. It is a perennial river and provides water to Kochi.

Three avatars of Maha Vishnu are worshipped at Chelamattam Krishna Temple. Lord Krishna, Lord Narasimha and Lord Vamana are the principal deities. The first shrine of Lord Vamanamurthy came into existence on the north-east side of the present temple complex. It is more than 1,200 years old. Later came Lord Vishnu’s Narasimha avatar, followed by the holy arrival of Lord Krishna. 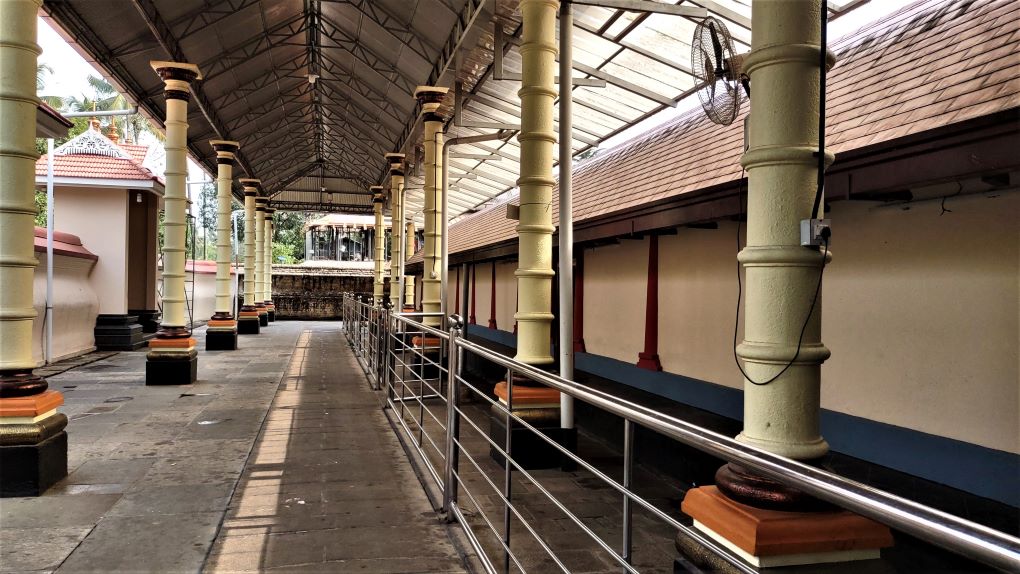 Devotees believe the idol of Lord Krishna in the sreekovil is in a meditation pose assumed by him for granting eternal bliss to his parents after slaying Kamsa.

Sree Krishna is installed inside the sreekovil and faces east. His shrine is on the south. On the north  is the sreekovil of Sree Narasimha who also faces east. The chuttambalam has six entrances. There are two different balikal, one for each of the two shrines. The one for Lord Narasimha is smaller. Two bronze deepasthambhams (light posts) stand in front of the Sree Krishna shrine and one before Lord Narasimha’s shrine. The stone dwarapalakas at the entrance to the two shrines are exquisite carvings. 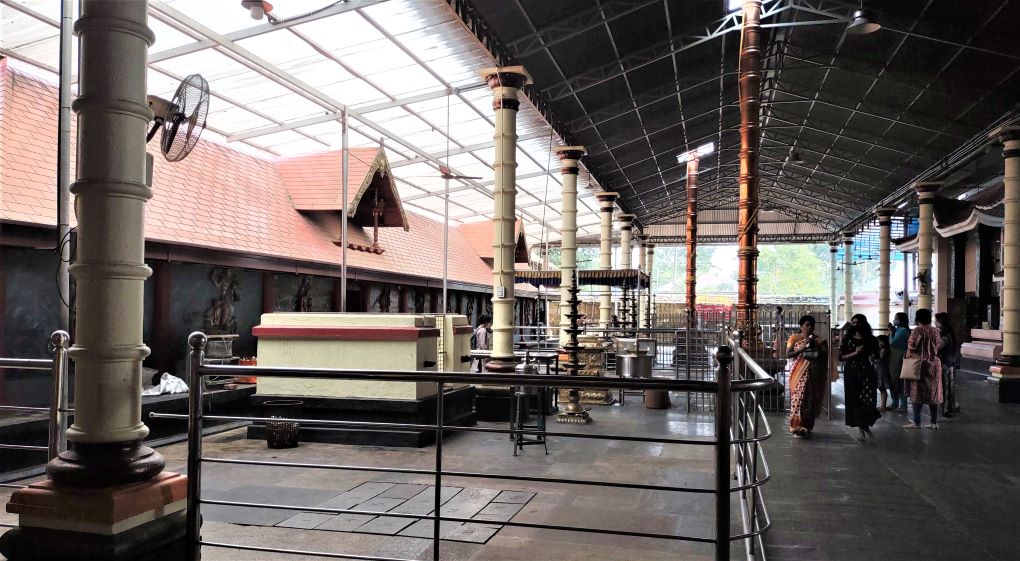 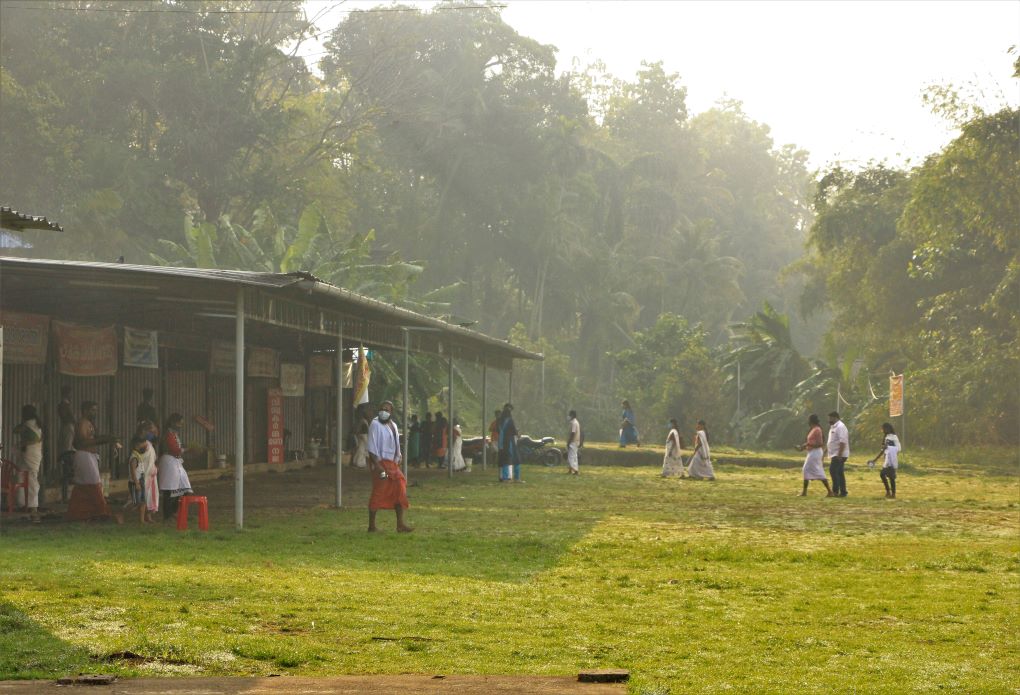 Bali Tharpanam is an important part of Hinduism, particularly in Kerala. It is meant to giive salvation to departed ancestors. The ritual involves making offerings in memory of one’s ancestors. Sesame and water are the key ingredients for the offering. 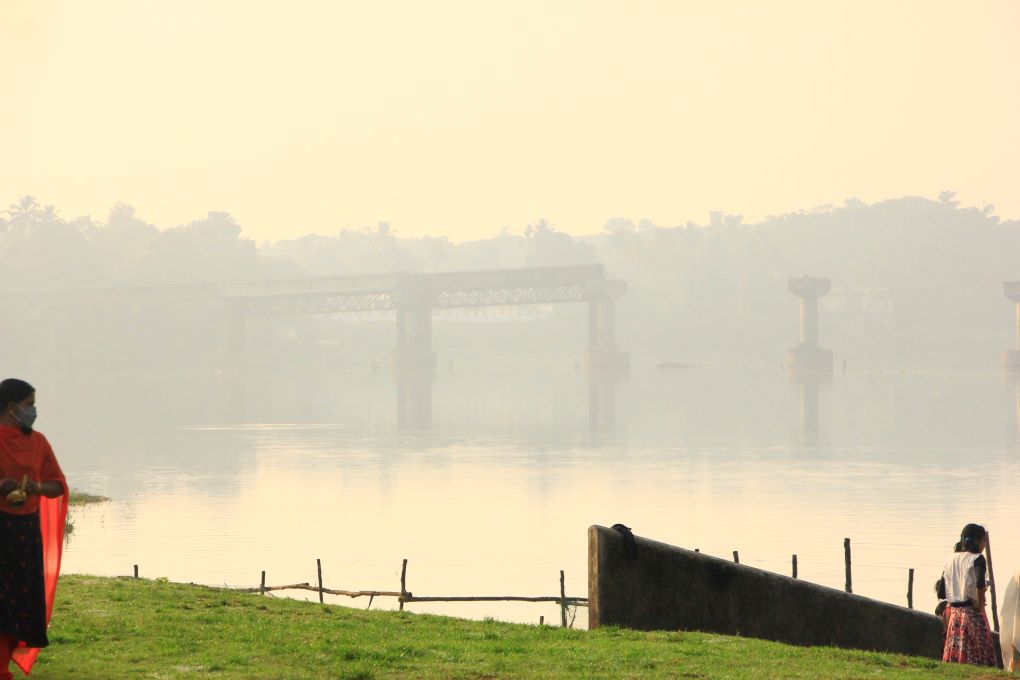 Devotees perform the rites early in the morning. They come down the steps from the temple towards River Periyar. Here it flows from west to east. On the banks of the river, sheds have been erected. Priests instruct the people in making bali tharpanam. After the ritual, believers float the ingredients down the river.

In August 2018, River Periyar rose due to floods in Kerala. The flood waters surged over the embankments and entered the temple buildings. This naturally impeded the Bali Tharpanam process. The floods happened due to an abrupt release of waters from the reservoirs of Idukki and Idamalayar dams.

On Thiruvonam star in the Malayalam month of Kumbham, Arattu festival takes place. The purohits ceremoniously carry the invoked idol on elephant back in procession. The temple celebrates Valiya villakku on the previous day.

A few of the sought-after offerings or vazhipadu are: 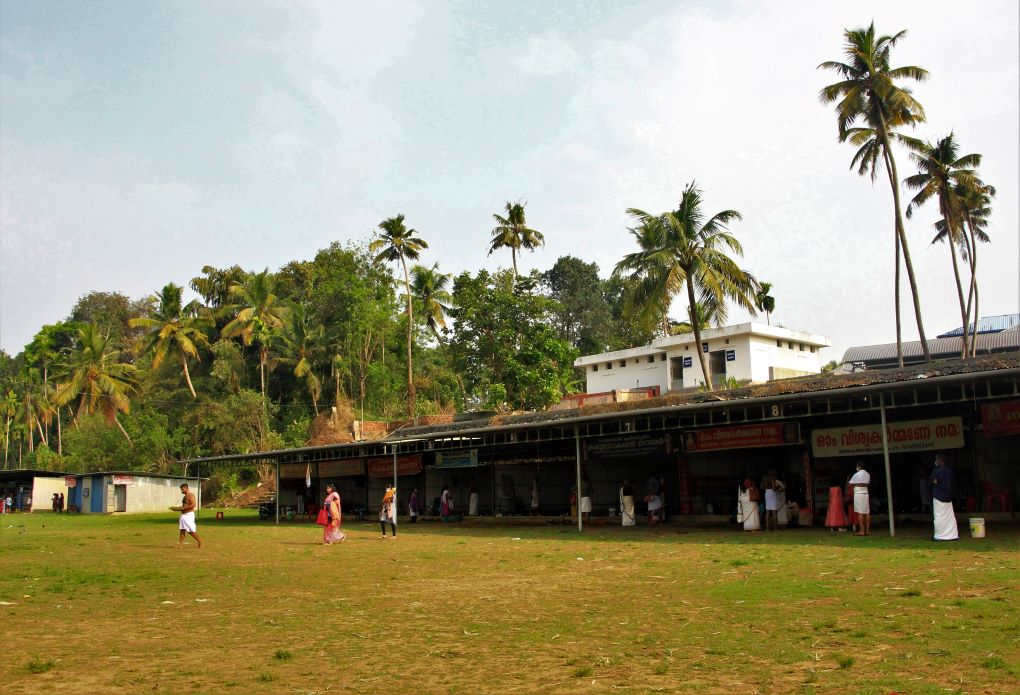 The temple is 35.8 km (1 hr 6 min) from Ernakulam South railway station. Kochi International Airport is 12.4 km (25 min) by road. Nearest railway stations are Aluva and Angamaly. The place is midway between Kalady and Perumbavoor. Parking is free. Washrooms are well maintained.

Traditonal Kerala dress is de rigueur at the temple. This includes dhoti for men and saree for women.  Salwar and churidar are permitted. Men are expected to take off their shirts before entering the chuttambalam. Electronic gadgets and cameras are not allowed.