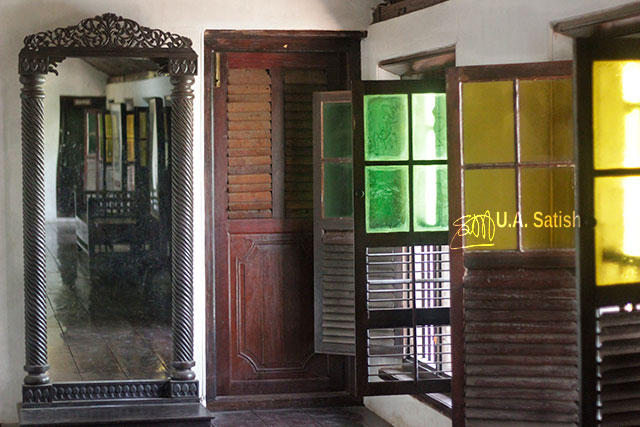 Arakkal Museum reveals heirlooms of the Arakkal dynasty. Arakkal kingdom was the only Muslim-ruled state in Kerala prior to the British era. They ruled Kannur and Lakshadweep Islands. The Arakkal clan descended from a princess of the Kolathiri royal family.

The Durbar Hall section of Arakkal Palace is now a museum. Government of Kerala carried out the renovation and repairs. The museum opened its doors to the public in July 2005.

The Arakkal family followed a matriarchal system or marumakkathayam. The eldest member of the family, whether male or female, became its head and ruler. While male rulers were called Ali Rajah, female rulers were known as Arakkal Beevi.

The king’s palace was named Arakkal Palace after the ruling dynasty. The rulers purchased the property from the Dutch in 1663

Getting to Arakkal Museum

The museum is 3.7 km from Kannur Railway Station. It faces the Arabian Sea. St. Angelo’s fort is close by. Car parking is available. Visitors are allowed inside between 9:30 am and 5:15 pm. An entry fee of Rs. 20 per person is levied. The museum permits photography and cameras attract a fee of Rs. 25. Visitors have to keep footwear outside. It is a small museum on two floors and is closed on Mondays.

Exhibits at Arakkal Museum include a number of heritage objects from the royal family. Department of Archaeology has arranged the exhibits.  Department of Tourism, Government of Kerala has extended financial assistance.

Arakkal Family Trust continues to own the museum. It does not fall under the Archaeological Survey of India. The museum exhibits a number of items of the Arakkal palace such as furniture, spears, swords, daggers, mantle sticks, utensils and other valuables.  There were many paintings depicting a bye-gone era and some copies of the Holy Quran.

The palace grounds looked rather untended. At one corner of the grounds is the bell tower. It has a large bronze bell. The bell rings to summon the faithful to prayers.

Portraits of many rulers of the Arakkal family are put up here. Among them is Arakkal Beevi Ayesha Sultana who was on the throne from 1921 to 1931.

The heritage wooden staircase is in good condition.

Hendrik van Rheede was the governor of Dutch East India Company in Malabar between 1669 and 1676.  The Dutch tried to keep friendly relations with Arakkal family due to their leadership in the field of trade.

Parts of the palace are now in ruins and in need of major repairs.

Among the buildings that have succeeded in keeping their grandeur in modern times is the Arakkal Mosque.