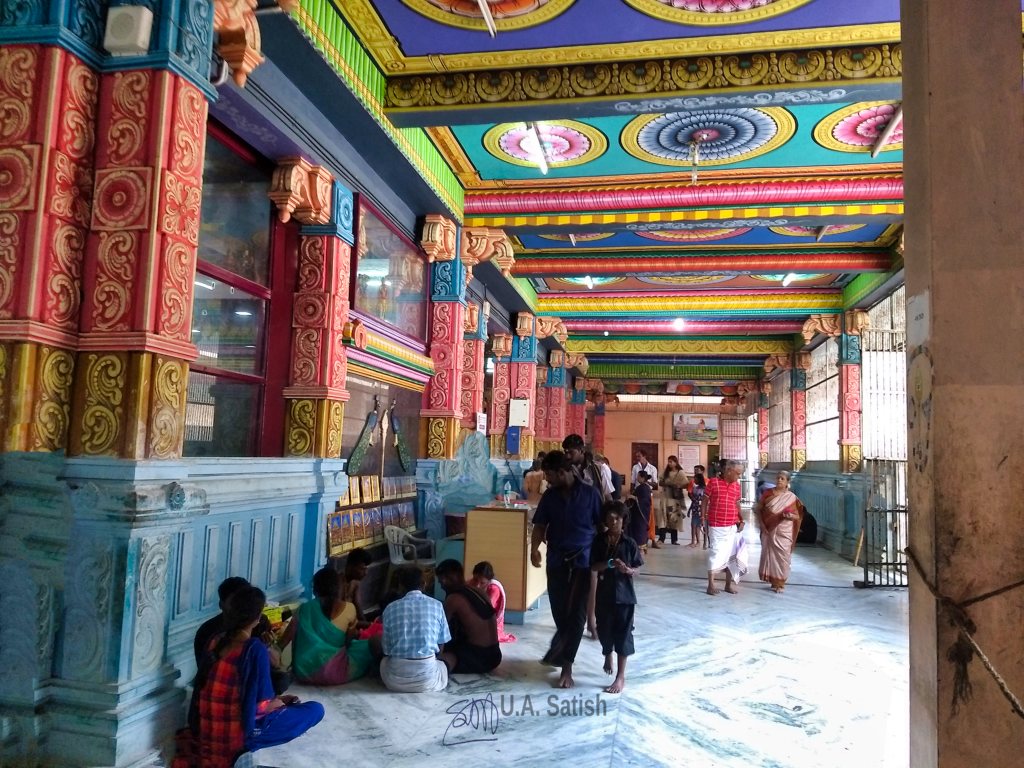 Pazhamudhircholai Murugan Temple is one of the six holiest Murugan temples. It is on top of a hill. Beautiful woods and streams  surround  the temple. The temple is on a hill known as Vrishabhadri. The place is full of natural beauty and greenery.

There is a famous story associated with the temple. According to legend, Avvaiyar, celebrated Tamil poet and Muruga Bhakta, visited the temple. Murugan appeared before her in the form a small boy and tested her knowledge. This event took place near a tree close to the temple. Devotees worship the tree even now.

According to Shaiva tradition, goddess Parvati presented a Vel (divine spear) to her son Murugan, as an embodiment of her shakti, to crush the asura Surapadman.  In the war between Murugan and Surapadman, as per Skanda Purana, Murugan used the Vel to rout all forces of Surapadman. Later peacock became his vehicle (vahana) and rooster the emblem on his battle flag

Pazhamudircholai Murugan Temple is one of the six Murugan temples which are considered most sacred. The other five temples are:

Pazhamudhircholai Murugan Temple employs the Dravidian style of architecture. The magnificent gopuram at the entrance has sculptures of Hindu gods. Inside the temple, the pillars and ceilings carry colourful paintings. The flag staff or dwajasthambam has a coverng of gold.  The main shrine has Lord Murugan, with Valli and Devayani on either side. Though the temple is dedicated for the Lord Murugan, there are sub-deities too. The sub deities include Lord Ganesha, Lord Mahadeva, Goddess Durga, Lord Ayappa and Nagaraja.

Vel Murugan is worshiped along with his consorts Valli as Iccha Shakti and Devayani as Kriya Shakti and  himself as Jnana Shakti. The idol of the lord in standing posture, with four hands, is between the idols of his two consorts. The Vel (spear) of the lord is of stone and holds a special significance. Devotees worship it with great reverence.

A natural spring called Noopura Ganga flows on top of the hill. Pilgrims  take a dip in this sacred spring which originates from the anklet of Lord Vishnu. Silambar river flows near the temple. 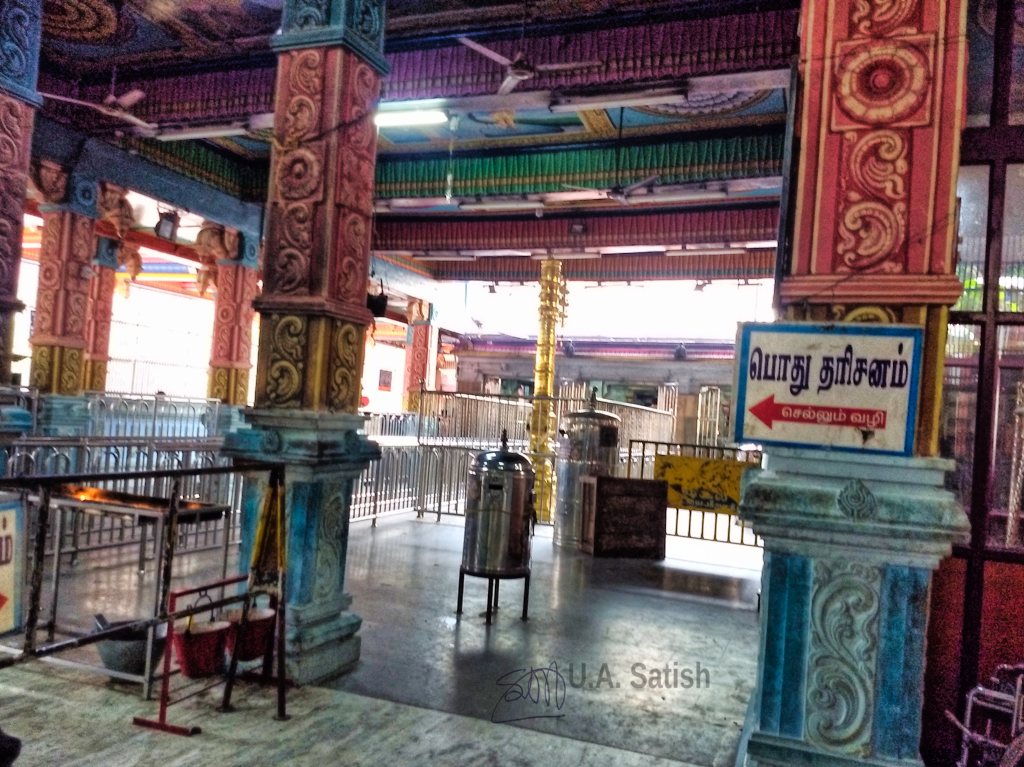 There are six poojas every day :

Kanta Shasti Vratam is observed every year in the Tamil month of Aippasi (October–November), starting from the the first phase of the waxing moon.

The temple is 25.7 km (47 min) from Madurai Junction (MDU) railway station. Direct buses link Madurai and the temple. Ample parking is available for cars, buses and other vehicles. Air connectivity is via Madurai International Airport (IXM), a drive of 37.9 km (58 min).

At the bottom of the hill is Alagar Kovil village. From there, it is 3 km (8 min) to Pazhamudircholai Murugan Temple. Hordes of monkeys roam the hill road. They may snatch away bags, cameras and food articles if you choose to walk.