Skip to content
Share This Article
Churches can be found all around the world. I have visited many of them in my travels. Some of them are historic and often filled with art treasures. Wealth of Roman Catholic Church is impossible to calculate. Churches in Europe have priceless art, land and gold. I  have here made a collection of my photos of churches, small and big.

St. Peter’s Basilica is the largest church in the world. It is supposedly built over the  burial site of the apostle St. Peter, the first bishop of Rome. The interiors are vast and filled with art treasures. Michelangelo designed the dome. Opposite the church is St. Peter’s Square. On special occasions such as  Easter, up to 400,000 people turn up at the big square.  And there is a regular stream of faithfuls who travel to Rome to visit the church. 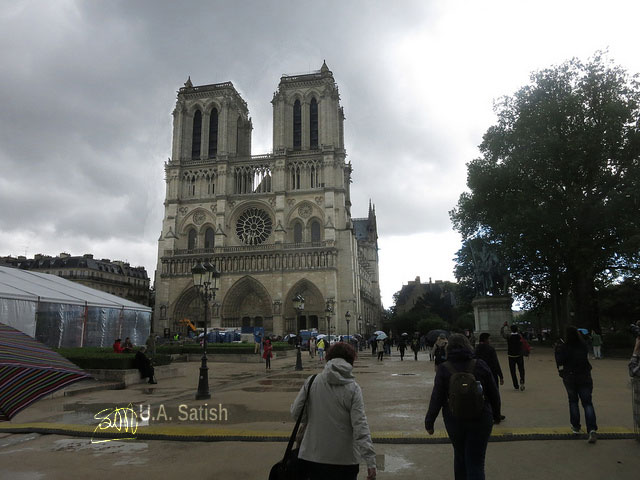 Notre Dame Cathedral is in the heart of Paris, on the bank of River Seine. The church is one of the best-known landmarks in the city. Construction began in 1163. Architectural style is French Gothic. Height of the twin towers is 68 metres (223 feet). Hunchback of Notre Dame, the famous novel by Victor Hugo, was published in 1831. It is centred on the church.

Santa Cruz Cathedral in Fort Kochi is one of the oldest Catholic Christian churches in India. The Portuguese built the present church. Construction began in   1876 and was completed  in 1905. The interior is adorned with frescoes, murals and canvas paintings. During Christmas, the church has beautiful illuminations inside and outside.  It is a major travel destination in Kochi.

St. Mary’s Forane Church is one of the oldest Christian churches in India. It is located on the bank of  River Pampa at Pulinkunnu, Alappuzha. The village is part of the Kerala backwaters which has a network of lakes and canals. Pulinkunnu is also acclaimed for the annual Rajiv Gandhi Trophy boat race.

The church is in the city centre of Florence. It is a vast Gothic structure and named in honour of Santa Maria del Fiore. Construction work started at the end of thirteenth century.  Arnolfo di Cambio was the architect.  The beautiful dome was added in the fifteenth century on a design by Filippo Brunelleschi. The biggest artwork within the cathedral is Giorgio Vasari’s frescoes of the Last Judgement.

The church is a UNESCO World Heritage Site. It is also a must-visit for all those who travel to Florence.

6. Cathedral of the Holy Name, Colaba

Architecture is Gothic style. The cathedral has grey stone and features fine exteriors.  A carved wooden door leads to the beautiful altar which has a sculpture of Jesus Christ. Stained glass windows, frescoes and murals grace the church. There are several gravestones embedded in the walls and floor of the cathedral.

Westerkerk is the biggest church in Amsterdam. It is located by the Prinsengracht canal, with Anne Frank House on one side. We could see it from our boat while on a canal cruise in Amsterdam. Construction of the Protestant church came to an end in 1631. Westerkerk Tower dominates the old city centre. The tower has a height of 85metres /275feet. 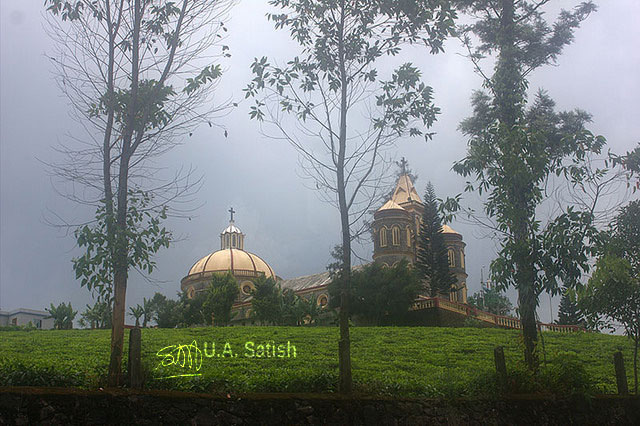 Pattumala Matha Church is a well-known Roman Catholic church in Peerumadu,   Kerala. The Church is dedicated to Our Lady of Good Health. The Congregation of the Missionary Brothers of St. Francis (CMSF) serve the church. Construction of the building is entirely of granite. The location is on top of a mountain and surrounded by beautiful tea gardens.

The tower of St. Marien church significantly influences the skyline of Gemgenbach. It is a charming town in Black Forest, South Germany. Benedictine monks lived here for nearly 1,100 years, until 1807.  The church has a long history. It was first built in the twelfth century and rebuilt in the 1600s.

Beautiful frescoes cover the walls and ceiling of the church. The pulpit has a sculptured story of the birth life and death of Jesus.  There are paintings on the walls. You can also explore the beautiful adjoining abbey, complete with a cloister and gardens.

10. Church of Saints Vincent and Anastasius at Trevi Fountain

Saints Vincent and Anastasius of Trevi is a seventeenth century Roman Catholic church. It overlooks the famous Trevi Fountain in Rome. The church has a beautifully decorated altar and painted ceiling. The architecture is spectacular with lofty arches. 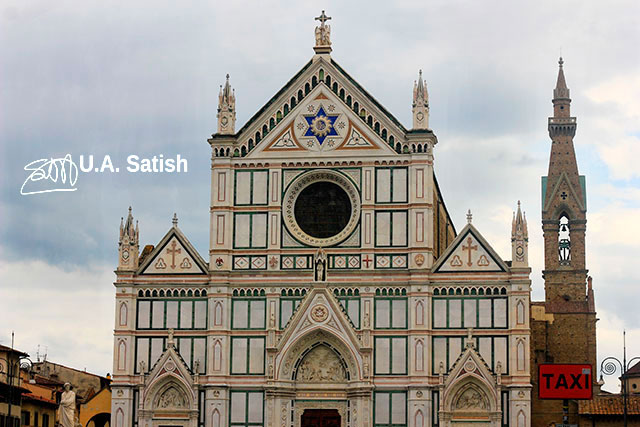 Basilica di Santa Croce is the richest medieval church in Florence. It puts the spotlight on frescoes by Giotto and a chapel by Brunelleschi. It has probably the most acclaimed of all early Renaissance tombs. Furthermore, the Basilica is the largest Franciscan church in the world.