Heritage buildings South Mumbai  include many structures from the pre-independence era. The buildings have British and European influences. Most of the buildings are maintained well and are being used in day to day activities.

This is a major landmark in Mumbai. British Government built it in 1924. It is located in Apollo Bunder and overlooks Mumbai harbour. The monument commemorates the visit of King George V and Queen Mary to Mumbai. Many years later, the last of the British troops left India through this gateway. It is a popular tourist attraction in the city.

The library is in the historic Kala Ghoda area. It date back to 1870. Architects J. Campbell and G. E. Gosling designed it. Above the entrance portico is a white stone bust of David Sassoon, the Merchant Prince of Bombay. The building is a fine example of Venetian Gothic architecture. Army and Navy building is another imposing stone building which stands next to David Sassoon Library.

Construction of the synagogue started in 1884. Bombay architects Gosling and Morris produced the design. The Sassoon family paid for it. The building has a classical revival style.  The dwindling Jewish community in Mumbai maintains the synagogue.

Built in 1903, Taj Mahal Palace stands opposite the Gateway of India and faces the Arabian Sea. The hotel is a gracious landmark of Mumbai.

The hotel was targeted in the  Mumbai 26/11 terror attacks. In the attack on Taj, thirty four people were killed. This included hotel guests and employees, terrorists and an army officer. Taj Mahal Palace reopened after restoration on 15 August 2010.

The Fort campus of University of Mumbai includes Rajabai Tower. The clock tower was built in 1878 and is modeled on London’s Big Ben. The huge clock can be seen from far. Rajabai Tower has ornate figures and beautiful stained glass windows. It is named after the mother of Premchand Roychand, a stockbroker, who made liberal donations towards its construction.

The heritage structure overlooks Flora Fountain in the city centre of Mumbai. The building was acquired by Oriental Life Insurance Company and re-modelled in 1898. This Heritage Building South Mumbai now houses the offices of Standard Chartered Bank.

The Yacht Club is located near Apollo Bunder in Mumbai. The Club was founded in 1846 and is the oldest yacht club in Asia. The building is a beautiful Gothic stone structure dating back to 1896. The rooms have high ceilings and there is an ancient elevator. The upper floors offer views of Gateway of India and Mumbai harbour. 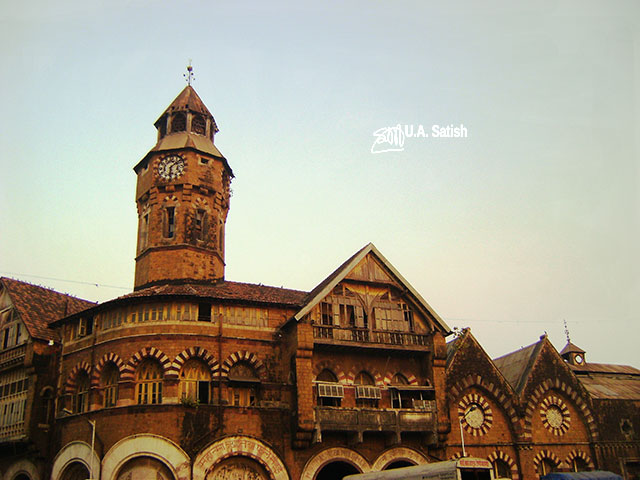 This is located in a bustling area of Mumbai. It is north of Chhatrapati Shivaji Terminus and opposite the headquarters of Mumbai Police. It beas the name of Arthur Crawford, the first municipal commissioner of Bombay. Completion of the building was in 1869.  Cowasji Jehangir sponsored the construction.

The building on Veer Nariman Road is a heritage structure. British Bank of the Middle East was the original occupant. The neo classical building has basalt and limestone facades.

The cathedral is located on the busy Veer Nariman Road. It is midway between Horniman Circle and Flora Fountain. Consruction of the church began in 1676. However consecration of the church stretched till 1718. The busy Churchgate station in the vicinity got its name from this church. The interiors of the cathedral reputedly resemble that of St. Thomas Cathedral in Belfast, Northern Ireland.

CST Terminus is the main railway station in Mumbai. It was built in 1887 and used to be known as Victoria Terminus. The ornate building commemorates the golden jubilee of the ascension to throne of England of Queen Victoria. The main building is a sandstone and limestone structure. The interiors use quality Italian marble. Stone figures of a lion and a tiger flank the main entrance to CST and represent England and India. This  Heritage Building South Mumbai is a UNESCO World Heritage Site.

Central Railway organises heritage tours of Chhatrapati Shivaji Terminus. The tours take placed between 3 to 5 pm on weekdays. There is an entry fee of Rs. 200.